Fabio Quartararo says Yamaha riders need to “believe” the marque can cure the problems which plagued its 2020 MotoGP campaign and cost it a chance at the world title.

Yamaha ended 2020 with the most wins of any manufacturer with seven, though three of those did come courtesy of Franco Morbidelli on the older-spec M1, with the Italian also the top Yamaha rider in the final championship standings in second place.

His Petronas SRT team-mate Quartararo led the standings for all but one of the opening nine rounds having also won three times, but quickly slipped from first to eighth in the championship after a disastrous final five races.

PLUS: How Quartararo plans to bounce back from 2020 MotoGP struggles

The 2020 M1 proved wildly inconsistent, with the bike suffering from Yamaha’s traditional rear grip problems and a lack of turning relative to the ‘A-spec’ predecessor Morbidelli rode.

Quartararo will step up to the factory squad alongside Maverick Vinales – who branded his 2020 as the worst season of his career – next year, and says Yamaha riders must have “confidence” in the Japanese manufacturer’s engineering ability.

“I don’t have a lot of experience in MotoGP, but I think I have a fair idea of what to say to Yamaha, what we can improve and I think we just need to also believe in them,” Quartararo said.

“It’s also good to tell them the bike is not great, they need to work, but also we need to believe that they made pretty great bikes in the past and for me last year is the best example because it was my first season. 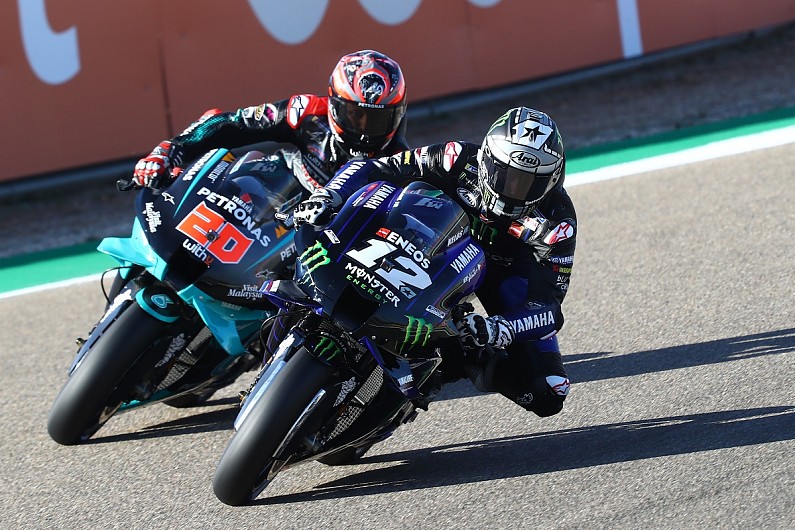 “I think we have to have confidence in them, tell them our ideas and then I think that will be important for us to believe in the project.

“So, it’s going to be a benefit to be a factory rider and can’t wait to be there and have kind of a meeting to study my ideas.”

When asked if it was possible for Yamaha to turn things around in 2021 having battled the same problems for a number of years, Quartararo added: “There is a solution. Last year’s bike was working so well.

“So, there is a solution. They just need to find a way to improve in what we struggle, and I think – looking at the data with Franco – it’s quite clear we miss turning and rear grip.

“They just need to work on that and to analyse. But I think Yamaha is really motivated because they see that the 2020 bike in the last races was a disaster for everyone.

“We don’t need to tell them all the time the bike isn’t working. They see and they are working hard.

“They will find something and I hope we can start the test in a really good way. I hope they are really motivated and ready to find the problem.”