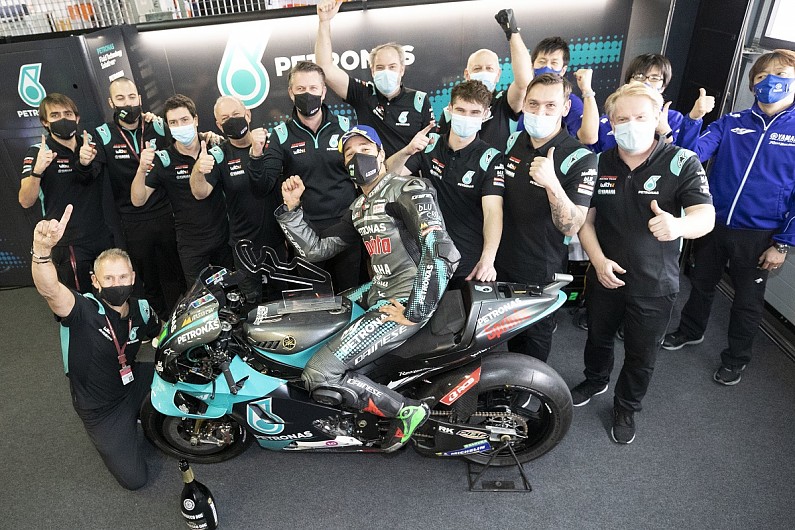 The Petronas SRT rider’s romp to his second win of the season came on the backdrop of struggles for his factory Yamaha counterparts in Maverick Vinales and Fabio Quartararo.

With Suzuki’s Joan Mir extending his points lead over Quartararo to 14 after finishing third while the latter struggled to eighth, Morbidelli is now just 25 points off the lead.

In the latest episode of the Tank Slappers podcast, Autosport’s International Editor Lewis Duncan is joined by Motorsport.com’s Global MotoGP Editor Oriol Puigdemont to discuss whether or not Morbidelli is now Yamaha’s true championship hopeful.

They also look at the situation at Ducati after another dismal Aragon weekend for Andrea Dovizioso and discuss the chances of Marc Marquez returning in 2020.