Following yet another dramatic MotoGP race in the most unpredictable of seasons, Alex Rins became the eighth different winner across the opening ten races in the first Aragon encounter, while Suzuki team-mate Joan Mir claimed the riders’ world championship lead thanks to his rostrum finish coupled with erstwhile points leader Fabio Quartararo dropping down to 18th place in the Aragon GP.

The factory Yamaha squad will be without Valentino Rossi following his positive COVID-19 test which had already ruled him out of the Aragon GP, while reigning MotoGP world champion Marc Marquez still remains out of action since breaking his arm as Stefan Bradl continues as his stand-in at Repsol Honda.

But the younger Marquez brother, Alex, will be considered one of the favourites for the second Aragon race following from his consecutive podiums, as he took the fight to both the Suzuki riders last time out.

Both Rins and Mir are also expected to be frontrunners in Aragon this weekend after their impressive display in the opener which left Franco Morbidelli “scared” by their pace.

The MotoGP paddock stays in place at Aragon as the Spanish venue is the latest circuit to host back-to-back races following on from Jerez, the Red Bull Ring and Misano earlier this year. Next month Valencia acts as the fourth venue to host back-to-back grands prix, with the reshaped 2020 MotoGP season finale at Portimao on 22 November. 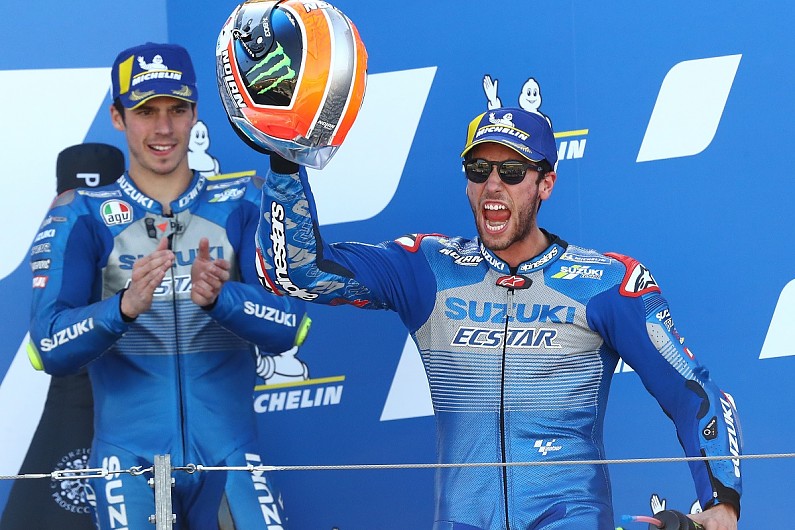 What is the Teruel GP?

The ‘new’ races on the redrawn 2020 MotoGP calendar have all been part of double-headers at the same circuit (Andalusia GP at Jerez, Styrian GP at the Red Bull Ring and Emilia Romagna GP at Misano).

With different races not allowed the same name in the same MotoGP world championship season, Aragon’s second race has been named after the region the circuit is situated in, maintaining the trend of the previous double-headers.

The Valencia double-header will follow a different naming format, with its opening grand prix called the European GP before the second race takes its traditional Valencia GP title. This is because all key region names have already been taken on the shaken-up 2020 calendar. It sees the European GP race title being reintroduced to the series for the first time since 1995 when it was used for the Circuit de Barcelona-Catalunya race.

Q2 is the pole position shootout which decides the order of the front four rows, with the rest of the grid organised on Q1 times, for the 23-lap Teruel GP on Sunday.

Moto2 and Moto3 are also in action during the Teruel GP. 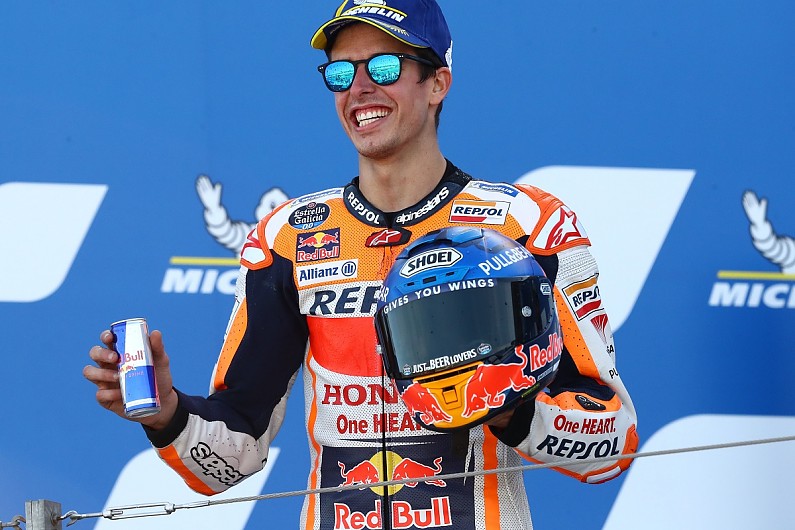 How can I watch the Teruel MotoGP?

BT Sport’s live coverage of Sunday’s action starts with the warm-up sessions at 08:15am, taking it from the world feed, before switching to its own broadcast at 09:45am for the pre-race show ahead of the Moto3 race.

The build-up to the MotoGP race starts from 11:30am, or when the Moto3 race finishes, ahead of lights out at 12:00pm.

Can I stream the Teruel MotoGP?

Viewers in the United Kingdom can also stream the Teruel GP by purchasing a video pass from MotoGP.com. A one-off video pass, which lasts until the first race of the 2021 season, costs £32.87p. 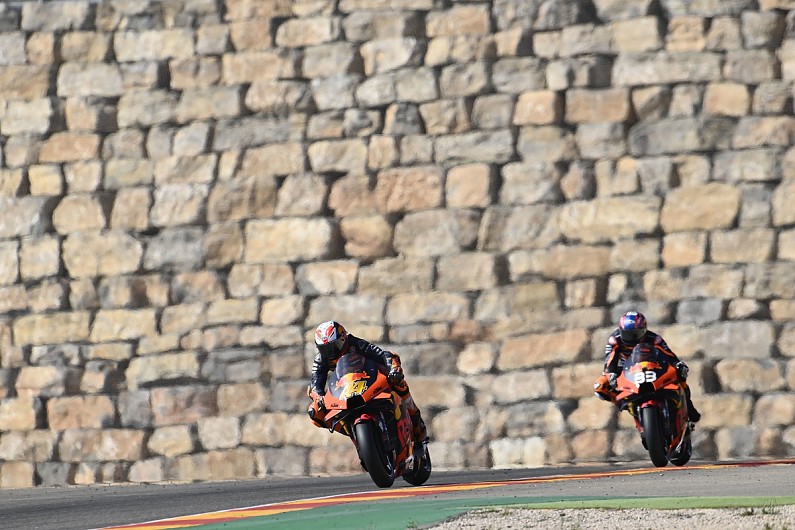 Weather forecast for the Teruel MotoGP

Aragon is set for dry and sunny conditions for most of the race weekend, with a strong chance of cloudy conditions and highs of 20 degrees Celsius on race day, making it slightly cooler than first Aragon race last weekend.

Given the seasonal conditions of the region at this time of the year, cold temperatures are also expected for the early morning sessions – which caused session delays and schedule changes last weekend as a safety precaution.