Valentino Rossi admits his age prompted him to question his MotoGP future during a tough 2019 season, but says he “didn’t trust” those doubts.

The nine-time grand prix world champion’s deal to remain with Yamaha and join Petronas SRT in 2021 was officially confirmed on Saturday after months of discussions.

Next year will mark Rossi’s 26th in the grand prix racing and he’ll also turn 42, making him the oldest rider on the grid by seven years depending on whether Cal Crutchlow or Andrea Dovizioso continue.

Last year, Rossi scored just two podiums and finished as third-best Yamaha in seventh place in the championship – his lowest ranking in the points since his first year at Ducati in 2011.

PLUS: Why MotoGP’s ageing rock star isn’t clinging to the limelight

Regularly “in trouble” on the M1, Rossi says doubts crept in over his age as the podium became frequently visited by riders aged between 20 and 25 – but this prompted him into changing crew chief by bringing in David Munoz to replace Silvano Galbusera as he believed he could still be competitive.

“I did a good first part of the season, I did some good races,” Rossi said of his 2019 campaign.

“But a lot of occasions I was in trouble, I don’t feel good with the bike and I was not competitive enough to stay at the top level.

“And when you have these problems at my age, you start to ask yourself some questions. 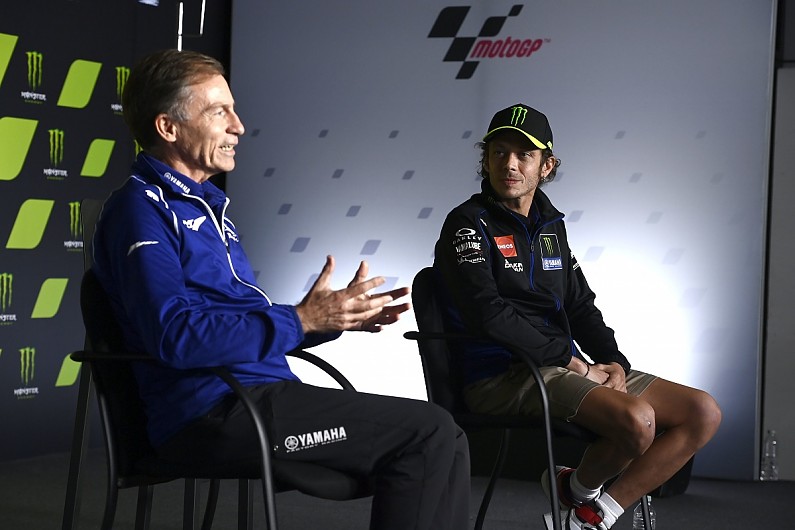 “When you look at the birth date of the other riders, you understand that you are the oldest by seven years to the second [oldest], you say ‘maybe it’s time to stay at home’.

“But in my heart, I didn’t trust [this], I think I can be competitive. For sure, it’s not the same as 10, 15 years ago when I can win 10 races in a season. But I think if you are good with your body, the motivation can make the difference.

“So last year I decided to change something in my team, especially my chief mechanic because I think that we can be strong, we can be competitive, we can fight for the victory and the podium.”

Rossi’s deal with SRT covers just 2021 and doesn’t contain an option for 2022 as the Italian had originally hoped for.

Yamaha boss Lin Jarvis caused some confusion when he said this was a result of Yamaha having not agreed a new deal with series promoters Dorna Sports covering the period of 2022-2026 – even though Maverick Vinales and Fabio Quartararo are contracted to Yamaha through 2022.

Jarvis later clarified this, stating that Rossi not signing a 1+1 deal was a “technicality” of the fact Yamaha doesn’t have a deal in place with SRT beyond 2021. 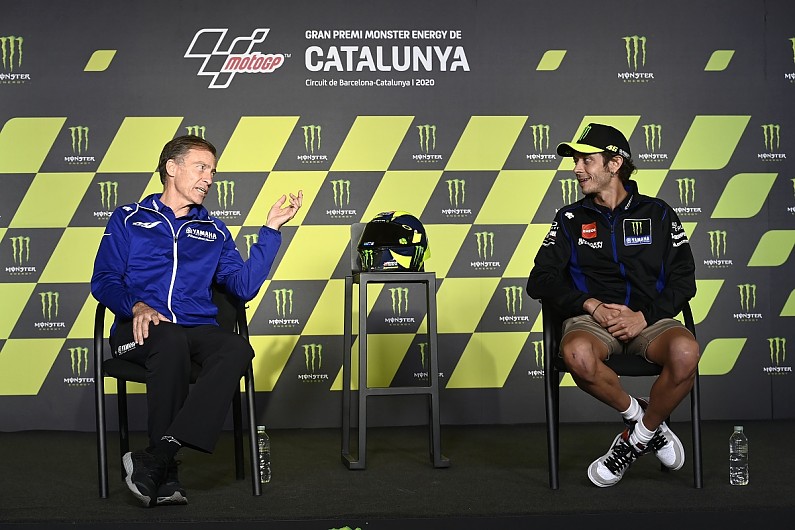 “So, from our top management, we can confirm our factory riders, but it’s very difficult to confirm a third rider because you can’t place a third rider in the factory team. Unless you have a confirmed satellite team, you can’t put it in a contract. So, there’s nothing negative, it’s a technicality.”