LCR MotoGP rider Cal Crutchlow admits “hesitantly” that he doesn’t believe Honda is working as closely with him in the 2020 season as it used to.

Crutchlow joined the Honda stable in 2015 with LCR and has been contracted directly to Honda since 2018, with the Briton winning three grands prix in his time with the Japanese manufacturer.

He will leave LCR at the end of the season to make way for Alex Marquez, who agreed a new two-year deal with Honda in the off-season.

Crutchlow has endured a torrid season so far, with a wrist injury sustained at the Spanish Grand Prix and a difficult RC213V leaving him 21st in the championship on just seven points with a best finish of 13th from the first five races.

During the Styrian GP weekend – which Crutchlow ended 17th – he admitted he was “going in circles” with the new Honda bike.

Though HRC is “helping” his side of the garage, Crutchlow believes Honda isn’t working as closely with him as it did before.

“Hesitantly, no, I don’t think they are,” he replied when asked if he felt HRC were as close to him now.

“But that’s the reality. I think it’s difficult. If I was leading every session, I think they would be there more, which is maybe not the best way… maybe we need some help on our side of the garage.

“So, the information I give to ‘Beefy’ still goes to HRC. 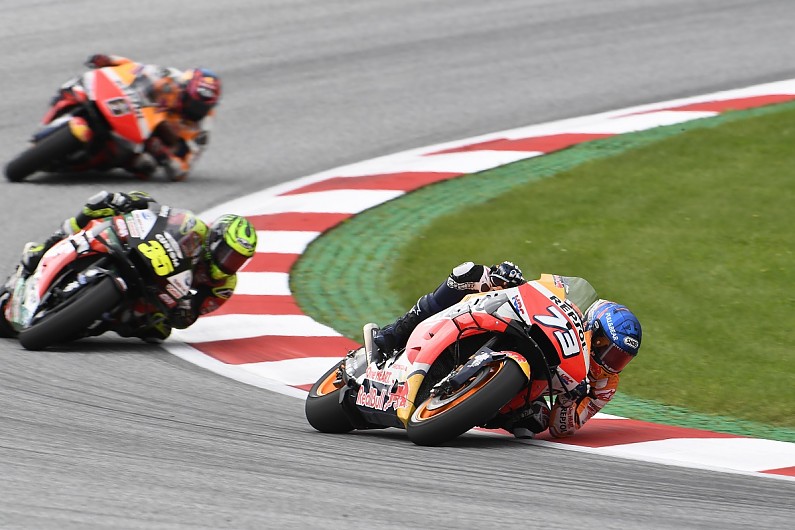 “We have HRC technicians in the garage, and whether the support is as much as before or not, I don’t think it really makes a difference to me going any faster or my feeling with the bike.

“So, they’re doing a good job, they’re listening, they’re trying hard, but it seems in the moment it’s difficult for us to improve.”

Crutchlow noted other Honda riders seem to be “working better” with the RC213V is some areas during the Styria weekend, and hopes the data Honda has gained from that will allow him to make a step forward in the coming races.

“I followed Alex [Marquez] in the race, I can see where his bike is working better than our bike, and I gave that information to Honda,” he added.

“But I also saw it in the practices over the weekend, whenever I was with another Honda it seems they’re working a little bit better in a couple of areas than my bike and we need to work on that.

“Now we’ve got some more information, hopefully at a different circuit we will be stronger.”