Opinion was split on the pitlane start penalty awarded to Johann Zarco for the Styrian GP after his horror collision with Franco Morbidelli in the Austrian GP the week before.

In the Styrian GP, penalties awarded in the Moto2 race for track limits abuse were called into question, as several riders felt Jorge Martin – who was stripped of his win – gained nothing over Marco Bezzecchi when he ran onto the green painted run-off on the exit of Turn 8.

As it was on the last lap, any abuse of track limits is automatically punished by a drop of one place – though some felt promoted winner Bezzecchi should also have been penalised as he too ran off track at the same place.

The debate on track limits raged on after the MotoGP race, as Suzuki’s Joan Mir felt – after he was forced to drop a place on the opening lap for running off at Turn 1- KTM’s Pol Espargaro should also have been demoted from third for running off at the final corner on the last lap.

The current Stewards’ panel was set-up in 2016 following the controversial Sepang clash between Valentino Rossi and Marc Marquez in 2015, with double 500cc world champion Freddie Spencer heading up the panel of three from last year.

“I would say it’s not an easy job they are doing, but I’m not confident in the Stewards,” Zarco said last Friday after his penalty was handed to him.

“I don’t think it’s the right people in the right place. You should have other people.” 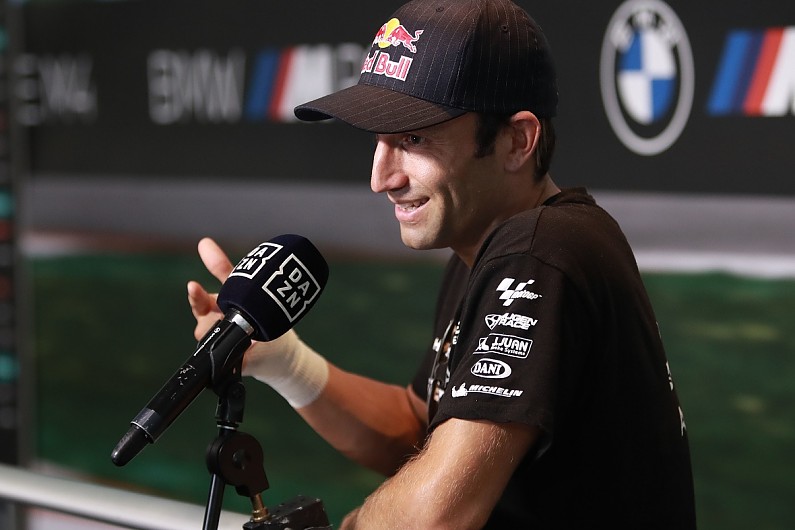 Aprilia’s Aleix Espargaro conceded the Stewards’ job is not easy, but feels “many things” need to be improved.

“I have many doubts about the Stewards panel, I think we can improve many things,” he said.

“I don’t agree with many things. But it’s not depending on me.

“So, for everybody it’s difficult. So, I think we have room to improve.”

PLUS: Why the FIM needs to review MotoGP’s stewards panel

Ducati’s Danilo Petrucci added: “Most of us are unhappy with the stewards because they are not enforcing the same measures on everybody.

“There is a big difference depending on whether it is a Moto3 rider or MotoGP. There is a lot of work to do.”

His Ducati team-mate Andrea Dovizioso has been repeatedly critical of track limits rules and feels the way the Stewards apply those regulations is “strange”.

“I spoke a lot in the Safety Commission to try to change the rules on [running onto] the green [run-off].

“The last corner [in the Styrian GP] was a bit of a different situation because Miller pushed Pol out.

“But in the way we they manage the rules, it’s strange because in my opinion you have to imagine if there is gravel where there is green, and everything changes.

“Every manoeuvre changes, everything changes from the riders.

“So, I don’t agree about that, but now we have to race with those rules.”