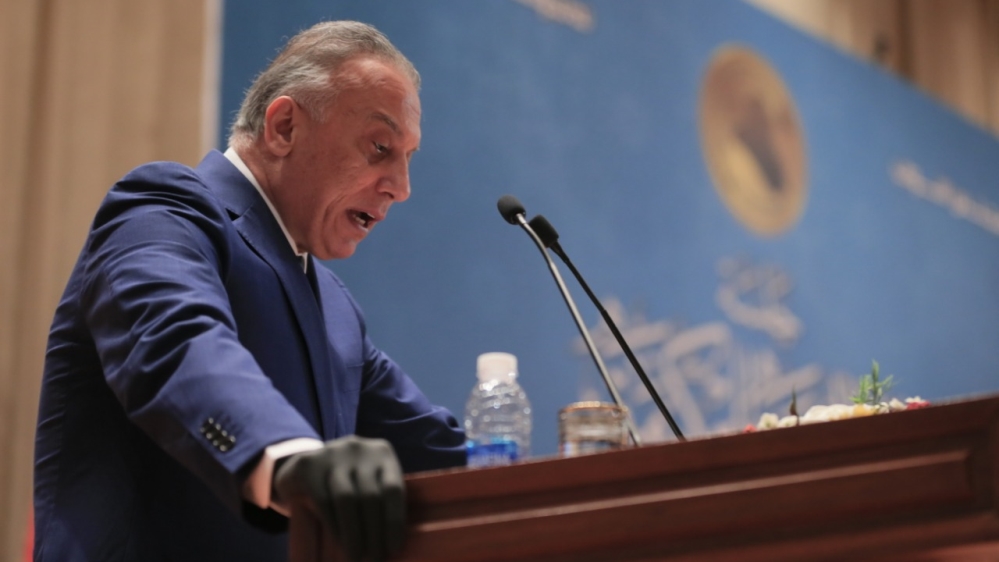 Iraq’s judiciary ordered courts on Sunday to release anti-government protesters, carrying out one of the first decisions of the recently inaugurated prime minister, as dozens of demonstrators burned tyres in renewed protests against the new leadership.

The Supreme Judiciary Council said in a statement it ordered the release of protesters detained since demonstrations erupted last year in line with the new prime minister’s call.

The council released detainees based on Article 38 of the constitution that guarantees the right to protest, “provided that it is not accompanied by an act contrary to the law”, it said.

Protests erupted in Baghdad and across the country’s south on October 1, when frustrated Iraqis took to the streets to decry rampant government corruption, unemployment and poor services. Human rights groups say at least 600 people died in the following three months at the hands of Iraqi security forces who used live fire and tear gas to disperse the crowds.

Al-Kadhimi also promised “the truth about everything that happened” during the months-long protests and vowed to “hold to account all those who shed Iraqi blood”.

Al-Kadhimi, along with 15 of his 22 proposed ministers, won the confidence of Iraq’s parliament on Wednesday evening, presenting themselves as a “transitional” cabinet.

Upon taking office, the prime minister said his priorities would be tackling the coronavirus pandemic and accountability for those who killed protesters in of anti-government protests.

Al-Kadhimi was Iraq’s spy chief when the protests broke out.

The government of his predecessor Abdul Mahdi had since October repeatedly said it could not find the “unidentified gunmen” who fired on protesters as they took to the streets to demand the overhaul of the political system.

The protests went on to become the largest and bloodiest social movement in Iraq’s recent history.

Separately, al-Kadhimi reinstated a top general dismissed by Abdul Mahdi in September. Abdulwahab al-Saadi, a highly popular figure in the military campaign to dislodge ISIL from Mosul in 2017.

Many protesters had carried the general’s portrait at the start of the demonstrations. The Iraqi public considered his sudden demotion a sign of corrupt government practices and took to the streets in outrage.

He also promised all pensions would be paid out in the coming days, rescinding a decision taken by the outgoing government just before it stepped down that blocked all state spending, including civil servants’ salaries and pension payments – relied on by one in five Iraqis.

But an implosion of oil prices amid the coronavirus pandemic indicates Iraq will have little option but to impose austerity policies that could give rise to renewed protests.

Al-Kadhimi also called on parliament to adopt a new electoral law needed for early elections that had been promised by his predecessor.