Ukrainian Prosecutors Drafted Documents To Charge Paul Manafort With Corruption. Then They Were Fired. – THE SVG ONLINE
Skip to content
Main Stories 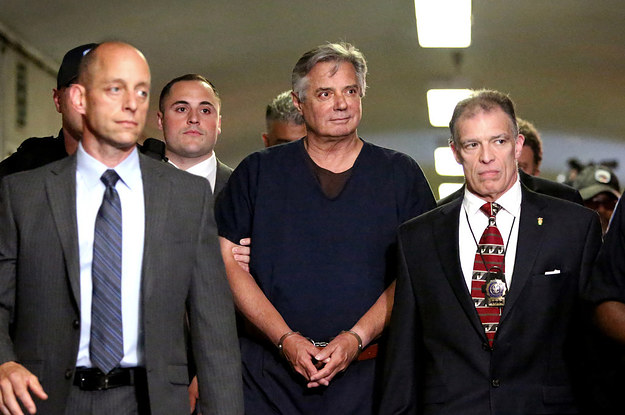 KYIV, Ukraine — A little over a year ago, in a pre-coronavirus pandemic world, Paul Manafort was convicted in the US of financial fraud, witness tampering, and lobbying crimes related to his work in Ukraine, and sentenced to seven and a half years in prison.

The charges against him stemmed from, but were not directly related to, former special counsel Robert Mueller’s probe into Russia’s 2016 election interference, which came to a close shortly after Manafort’s sentencing.

Many wondered at the time why prosecutors in Kyiv, ground zero for the crimes that landed Manafort behind bars in the US, had not charged Donald Trump’s former campaign chair with crimes in Ukraine.

It wasn’t for lack of trying.

As BuzzFeed News has reported, Ukrainian prosecutors made several unsuccessful attempts to get US law enforcement officials to turn over evidence from Manafort or make him available for an interview, as they pursued three separate corruption investigations in Kyiv in which he was a “key witness.”

But as the probes went on, Manafort quickly became more than just a witness in one case: he became a suspect.

BuzzFeed News can now reveal that in May 2019, as Manafort settled into his US prison cell, a special investigations unit inside the Ukrainian prosecutor general’s office was preparing to wrap up a four-year-long investigation, drafting an indictment for him as well as for Greg Craig, a former Obama White House counsel and partner at the big-shot law firm Skadden, Arps, Slate, Meagher & Flom.

The charge: aiding in the embezzlement of state funds.

“The managing partner of Skadden Law Firm Gregory B. Craig and Paul Manafort intentionally participated in the misappropriation of the funds from the State Budget of Ukraine totaling $1,075,381.41 (8,595,523.61 Ukrainian hryvnias and more than 600 times the tax-free minimum of citizens’ salaries), causing damage to the state,” reads the draft indictment for the two US citizens obtained by BuzzFeed News.

The document, which has never before been reported and would have been the first criminal charge brought against Manafort abroad, details in more than 4,000 words how and when Manafort and Craig allegedly facilitated the embezzlement of more than $1 million in Ukrainian state funds.

The draft indictment’s authenticity was confirmed to BuzzFeed News by Serhiy Gorbatyuk, the former top Ukrainian prosecutor for special investigations who led the effort to charge Manafort and Craig, and a second prosecutor involved in the case who spoke on the condition of anonymity because he continues to work in the prosecutor general’s office (PGO) and feared retribution for sharing details about the case with reporters.

“In the course of the investigation, enough data was obtained to decide about pursuing criminal prosecution, including that of [Manafort and Craig],” Gorbatyuk told BuzzFeed News.

Craig and Skadden were paid nearly $1.1 million in 2011 by Ukraine’s justice ministry, which at the time was headed by Yanukovych ally Oleksandr Lavrynovych. The firm’s task was to produce a report that justified the controversial imprisonment of the politician Yulia Tymoshenko, who had been jailed for allegedly brokering an unfavorable gas deal with Russia when she was Ukraine’s prime minister. (Tymoshenko’s sentence was viewed by much of the international community as political persecution by the Yanukovych regime. She was released in February 2014 and later reelected to Parliament.)

Manafort was guiding Ukraine’s efforts to improve its international image at the time and helped connect Craig and Skadden with the Yanukovych government. Manafort had worked for Yanukovych and his Russia-aligned Party of Regions for the better part of a decade.

In June 2017, Skadden refunded $567,000 to the Ukrainian government — roughly half of the total it was paid by the Yanukovych government for the report, according to the Kyiv Post. Skadden told the New York Times that it returned the money because it had been placed “in escrow for future work” that never took place.

Manafort, who is currently serving out his sentence in a Pennsylvania prison, has sought early release because of the threat that the novel coronavirus poses to his health. He could not be reached through his lawyer for comment.

Craig, who served as White House counsel for President Barack Obama, was charged in April 2019 with lying to the justice department about his role in the Tymoshenko saga and work for Manafort on behalf of the Yanukovych government, but he was acquitted by a jury in September. Reached by BuzzFeed News, Craig’s attorneys declined to provide comment for this story.

For Gorbatyuk and his team of prosecutors taking on many of the highest-profile cases in the country, seeing a portion of the money returned to Ukraine wasn’t enough. They were bent on pursuing a case against Manafort and Craig and getting back every penny.

After four years of investigating the case, a final push to possibly indict the men came at a particularly critical moment for Ukraine. It was May 2019, and the presidential office was changing hands in Kyiv.

The incoming president, Volodymyr Zelensky, and his team were well aware of the importance of keeping the US–Ukraine relationship strong and wary of offending Trump, who described Ukraine to his envoy at the time as being full of “terrible people” who “tried to take me down.” Trump would also be the one to give final approval for $391.5 million in US military aid to Ukraine that the country needed to continue the fight against Russia-backed separatists in its war-torn eastern regions. That assistance package was the one at the center of the Trump impeachment saga that would be set off by a phone call between the US president and Ukraine’s Zelensky in July — a call in which Zelensky said he was about to appoint a new prosecutor general who would be “100% my person.”

Around that time in July, Gorbatyuk said the criminal charges for Manafort and Craig were nearly ready but one of prosecutors decided to hold off because he wanted to send one more request for assistance to the US Department of Justice (DOJ). A DOJ spokesperson declined to comment, saying the department does not publicly speak about communications with foreign governments on investigative matters, including confirming or denying the very existence of such communications.

That decision to hold off may have been the thing that ultimately kept Manafort and Craig from being charged in Ukraine.

In August, Zelensky appointed Ruslan Riaboshapka as Ukraine’s new prosecutor general. Riaboshapka was an anti-corruption expert who vowed to clean up a dirty justice system and deliver high-profile corruption convictions.

“Riaboshapka came on. And in September, I reported to him about the prospects for all our cases, and in particular, in this case, I reported that we had actually prepared a draft notice of suspicion,” Gorbatyuk said, describing the Manafort and Craig indictment document.

But Gorbatyuk’s optimism was quickly dashed when Riaboshapka transferred to other departments the cases being pursued by his unit, which had been created to investigate high crimes committed during the 2014 Maidan revolution and corruption offenses committed by top officials during the Yanukovych presidency.

“He [Riaboshapka] destroyed our unit,” Gorbatyuk said. “I assume that it was done to intervene and destroy most of the investigations that we were conducting.” He said that included the case involving Manafort and Craig but he did not believe that that case was the sole reason behind the moves.

Riaboshapka told BuzzFeed News in an interview that he did not remember discussing an indictment being drafted for Manafort and Craig. And he said that Gorbatyuk’s unit was “not disbanded, it was reorganized and those people who wanted to work wrote a statement and were recertified [and] remain at work.”

Riaboshapka himself was fired from his post in March after falling out with Zelensky. Critics in Zelensky’s ruling party in Parliament said the prosecutor failed to make sufficient progress in prosecuting corrupt officials.

On Thursday, Manafort’s name was in the news in the US once again. The House intelligence committee released thousands of documents relating to the Russia investigation. In them, Hope Hicks, a Trump adviser, expressed concern that Manafort had been stealing from the Trump campaign.

“Was there ever any concern about Mr. Manafort stealing money from the Trump campaign,” Democratic Rep. Eric Swalwell asked. “Yes,” Hicks replied, adding that she had discussed it with several people, including Trump himself.

As of the time of publication, no charges had been filed against Manafort and Craig in Ukraine, and it is not known whether the indictment will ever be filed. For now, the case is sitting amid a pile of dozens of other corruption cases on a desk somewhere inside the national anti-corruption bureau of Ukraine. Prosecutors there did not respond to requests for comment.