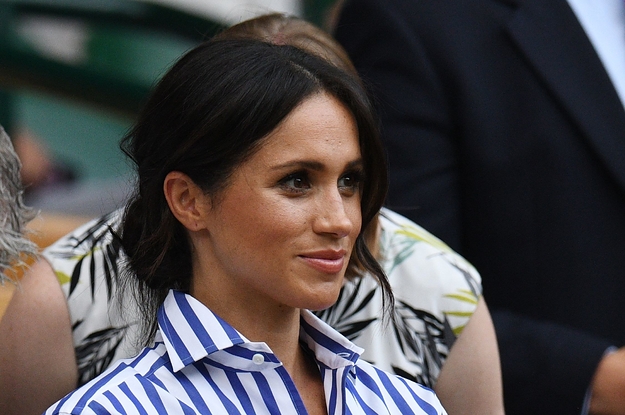 Lawyers for Meghan Markle have accused the Mail on Sunday newspaper of “harassing” and “exploiting” her father, according to new legal documents reported by multiple media outlets.

The Duchess of Sussex is suing Associated Newspapers, which publishes the Mail on Sunday, over a 2018 front-page story which reproduced parts of a handwritten letter she sent to her father. The first hearing, conducted remotely because of the coronavirus, is taking place today. Meghan and her husband, Prince Harry, were expected to listen to the proceedings from Los Angeles.

Meghan’s lawyers accuse Associated Newspapers — which also publishes MailOnline — of “harassing, humiliating, manipulating and exploiting” her father, Thomas, whom they describe as “vulnerable”, Sky News and the Guardian are reporting.

The Mail on Sunday story, published in August 2018, featured a headline which said: “Revealed: The Letter Showing True Tragedy of Meghan’s Rift With a Father She Says Has ‘Broken Her Heart Into a Million Pieces.’”

Antony White QC, representing Associated Newspapers, said the allegations about Thomas Markle “appear to have been put onto the record without the claimant (Meghan) having contacted her father to see if he agrees with them”.

Meghan’s lawyers accused the Mail on Sunday of improperly editing the letter, which White strongly denied.

“It is open to the claimant to say, as she does, that the presentation of the letter was misleading — which is firmly denied — but there is no basis for her to allege that anyone working for the defendant was dishonest in the drafting and editing process.”

Parts of the letter were published last February.

The legal action was announced in October last year via a statement in which the Duke of Sussex accused newspapers of a “ruthless campaign” against his wife.

“There is a human cost to this relentless propaganda, specifically when it is knowingly false and malicious, and though we have continued to put on a brave face — as so many of you can relate to — I cannot begin to describe how painful it has been,” the statement said.

The letter described the incident as one “in a long and disturbing pattern of behaviour by British tabloid media”.

Meghan is seeking damages for alleged misuse of private information, copyright infringement, and breach of the Data Protection Act.

Meghan and Harry recently announced they were cutting off the Mail and three other tabloids, giving them “no corroboration and zero engagement”, saying that their coverage has been unfair.