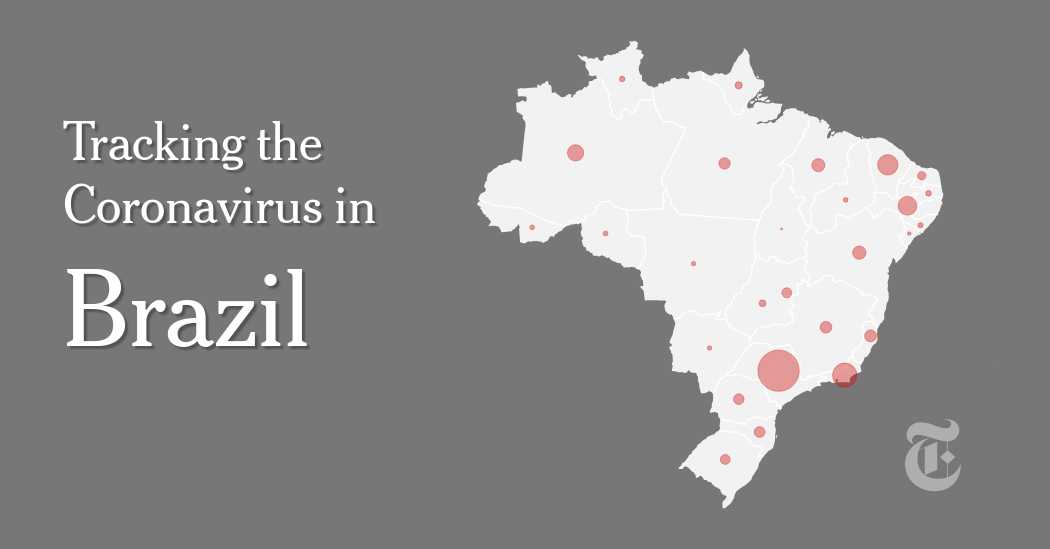 There have been at least 46,182 confirmed cases of coronavirus in Brazil, according to the Ministry of Health. As of Thursday morning, at least 2,924 people had died.

Double-click to zoom into the map.

Use two fingers to pan and zoom. Tap for details.

Source: Ministério da Saúde (Ministry of Health) of Brazil. Circles are sized by the number of people there who have tested positive, which may differ from where they contracted the illness.

The New York Times is engaged in an effort to track details about cases and deaths around the world, collecting information from local governments and other sources around the clock. The numbers in this article are being updated several times a day based on the latest information our journalists have gathered.

Note: Detailed death data was not available for some areas.

Note: Scale for deaths chart is adjusted from cases chart to display trend.