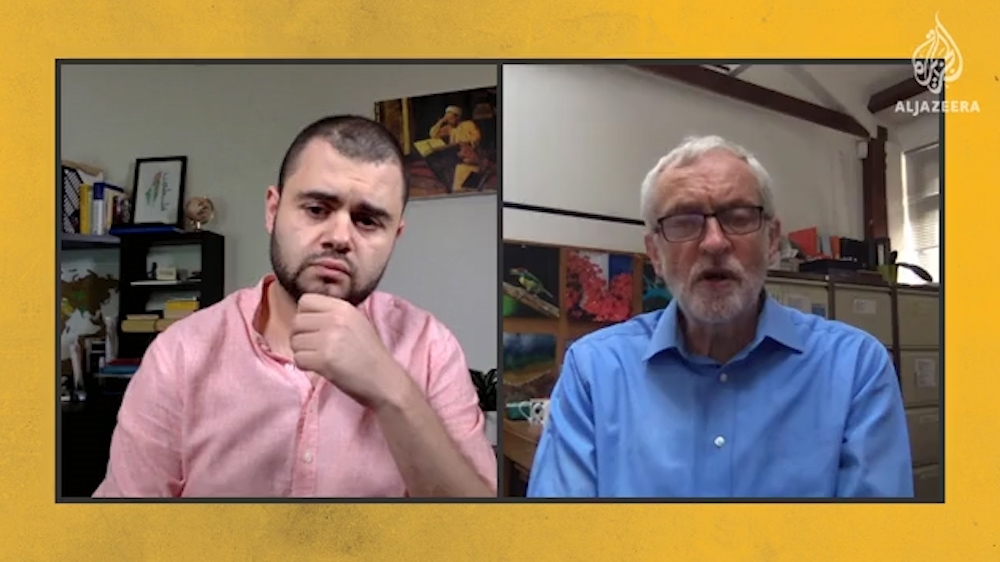 London, United Kingdom – The coronavirus crisis has exposed global inequalities and highlighted the necessity to end poverty, but could result in a fairer world as the pandemic is changing political attitudes, according to Jeremy Corbyn, the former leader of the UK’s main opposition Labour Party.

In an interview on Thursday with Al Jazeera’s new social media show The New Normal, Corbyn discussed how the coronavirus will affect the gap between rich and poor.

(Visit this page to watch the interview in full)

“The coronavirus crisis has emphasised just how unequal our planet is, how unequal our societies are in the USA, Britain and Europe, and many other parts of the world. After the coronavirus, it can never be the same again,” Corbyn said, as he worked from his London home amid a lockdown.

“The world is going to be a different place post-COVID. And it cannot be a global retrenchment and global austerity; it’s got to be that we recognise health inequalities are a danger to everyone, even the well-off and healthy are in danger of health inequalities.”

The Conservative-led government on Thursday extended a lockdown aimed at containing the spread of the infection by three weeks, until at least May 7, a development which came amid mounting criticism over its failure to provide healthcare workers with adequate personal protective equipment (PPE).

“What coronavirus has shown us is that we’re only as healthy as the system that protects us from ill health, and if a whole lot of people are denied that protection, as in the USA where healthcare does not extend to all … then we are all vulnerable to coronavirus spreading,” said Corbyn.

“Ten years of austerity in Britain has meant 94 percent of our hospital beds were occupied in January, that there was a shortage of PPE … and despite many demands that I and others put on the prime minister that there was proper testing around the country, we are still not testing anything like enough.

“When the World Health Organization said the solution was test, test, test, they were absolutely right. If we don’t test, we obviously don’t know with any accuracy how many people have contracted [COVID-19].”

Corbyn said that, as leader of the opposition, he was condemned by mainstream media and other politicians for wanting to spend “far too much money” on the UK’s National Health Service.

“I didn’t expect it would take only 12 weeks before the UK government stood up in Parliament that they would spend whatever it took to get through this crisis,” he told Al Jazeera.

Looking ahead, he said he was “terrified” of what could happen should the infection “sweep through refugee camps”.

“On a global scale also, my concern is those living in overcrowded, densely populated places are more likely to pick up coronavirus for the obvious reason it’s difficult to socially distance if you’re eight people in a two-bedroom flat.

“It’s difficult to socially distance if you’re one of hundreds of thousands of people in refugee camps.”

In a remark aimed at US President Donald Trump, who sent shockwaves around the world when he recently withdrew funding for the WHO, Corbyn warned there would be another health crisis in the future.

“The only way forward is supporting global action to help end global health inequality, and not taking money away from the WHO, but supporting the WHO and helping it to do the best job it possibly can,” he said.

The coronavirus crisis “will change political attitudes”, he said, explaining there was a newfound respect for key workers such as cleaners who are often underpaid and ignored.

“We will have a more inclusive society in future.”