This Photographer Went Off The Grid In The Russian Wilderness. He Returned To The Coronavirus Pandemic. – THE SVG ONLINE
Skip to content
Main Stories 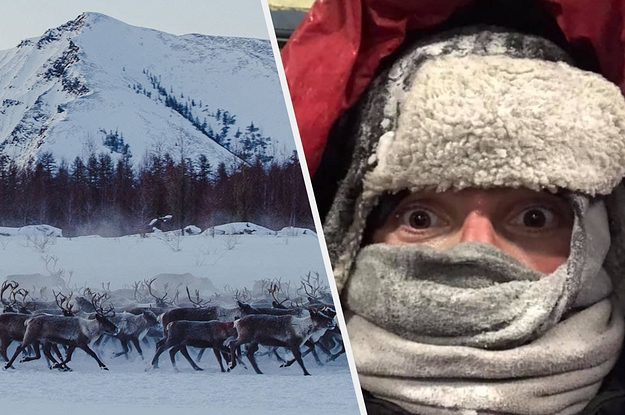 The journalists at BuzzFeed News are proud to bring you trustworthy and relevant reporting about the coronavirus. To help keep this news free, become a member and sign up for our newsletter, Outbreak Today.

Russian photographer Max Avdeev set off in late February for a journey that had become somewhat of a tradition: roaming the wilderness in Russia’s far north with a group of reindeer herders on snowmobiles, completely off the grid.

It was his third trip to remote Yakutia — a sprawling territory in eastern Siberia that makes up about 20% of Russia’s territory and is the coldest populated region on Earth — and the last one before putting the finishing touches on an eight-year project he hopes to turn into a book.

When he left the world looked like this: a federal judge had just sentenced Roger Stone to more than three years in prison for lying to Congress, witness tampering and other charges, and Russia had been trying to interfere in the Democratic primaries to help Senator Bernie Sanders, who was on a winning streak.

Spending time with the herders during their biannual reindeer roundup, in which they count their herds and take stock of their animals’ health, Avdeev didn’t think much about the coronavirus and neither did his hosts. After all, just prior to his trip, China had reported the spread of it there was slowing down.

The nomadic herders, whose lives in the far-north Bulunsky district of Yakutia revolve around their animals, certainly weren’t concerned. “They don’t care what’s happening in the big world,” Avdeev said. They seemed only to show interest in the coronavirus once — when they asked him if he had been infected by it upon his arrival.

But by the end of his trip on March 17, the coronavirus outbreak had exploded into a full-blown pandemic, killed thousands, devastated the global economy, forced countries to close their borders and completely altered the lives of almost every person on the planet.

Avdeev, 32, was oblivious to the fact that the world he was returning to was very different to the one he left behind, right up until his snowmobile arrived in a town with mobile service and his phone began to blow up.

The text messages came in fast and hot.

“My girlfriend said, “Are you OK!? Are you alive!? Should we start a rescue operation!?’” Avdeev said, recounting one of the first texts he received.

He recalled a friend telling him, “Take a photo of your face now. And then take another photo after you read the news.”

“I was like, what? Totally confused,” Avdeev said, adding that the friend refused to tell him what was happening in the world. “He told me, ‘Just read the news!’”

But Avdeev still couldn’t access the internet because of a slow connection. He could only receive and send texts. So he sent a text to another friend who, with some reservation, filled him in. “He asked me, ‘Are you sure you want to know it now?’ I said, ‘Yes, I really want to know.’”

Avdeev said that friend told him about how the novel coronavirus had ravaged Italy and was spreading throughout the US, and how the global economy was in a tailspin. “He said oil is less than $30 per barrel and that the [Russian] ruble had fallen 20 or 30%,” Avdeev recalled.

He said it sounded so “crazy” that he almost didn’t believe it. Then he found an internet connection that allowed him to access news websites, and it finally began to sink in.

Avdeev read about cultural and sporting events around the world being canceled and businesses closing their doors everywhere. He saw that Italy was on lockdown, that Trump was getting heat over America’s response to the health crisis, and that the number of coronavirus cases in Russia had shot up to more than 100 and appeared to be rising rapidly — even as President Vladimir Putin claimed the country had “managed to contain the massive penetration and spread of the infection in Russia.”

Russia’s cases have surged to 306 in total, with most in Moscow, although health experts warned that the true number was likely much higher. Pro-Kremlin media outlets meanwhile have been spreading disinformation abroad about the public health crisis with the aim of “aggravating” the situation.

Avdeev then learned that the Russian parliament had approved changes to the country’s constitution to allow Putin to remain in power until 2036.

“I just thought, ‘Wow!’” he told BuzzFeed News by phone from Moscow on Friday. “I left the world unattended for 10 days and it was enough for it to fall apart — just in 10 fucking days.”

After taking it all in, Avdeev snapped a photo of his face and sent it to his friend. He also posted it on Facebook, where the friend had written about Avdeev’s experience. The image shows Avdeev’s eyes wide with surprise and peeking through a scarf and hat that cover most of his face.

In this day and age, with information available at the push of a button or a swipe, Avdeev’s situation is remarkable and rare. Surprisingly, though, others have found themselves in similar situations. There were the American rafters in the Grand Canyon who, like Avdeev, had no idea what had happened while they were on the river and cut off from the outside world. And there were the Big Brother contestants in Germany, who were left in the cold from the moment they entered their reality TV home until the show’s producers finally filled them in on Tuesday — funnily enough, the same day Avdeev learned the news.

Finally back in Moscow after days of traveling on planes, cars and snowmobiles, Avdeev isn’t quite ready to accept the new reality. He is busy sifting through the collection of photographs he took of the reindeer herders and their lives in Russia’s remote north. And he is looking forward to finding restaurants in Moscow that remain open, despite the health crisis, where he can get a meal that doesn’t include reindeer meat and a drink with friends like the not-so-old days.

He admits that it would be nice to go back in time to when things felt less uncertain and before “social distancing” became a buzzword — but not if it meant returning to the frigid Russian north and a diet consisting entirely of reindeer meat. Despite the current situation in Moscow, he prefers it — and being in the know — to isolation and being kept in the dark.

“We have a saying in Russian, you know, ‘The city is fucking shit, but the village is even worse.’”●