The death toll from an outbreak of coronavirus in Italy rose in the last 24 hours by 427 to 3,405, overtaking the total number of deaths so far registered in China, officials said, as the tally worldwide nears 10,000.

Thursday’s figure in Italy represented a slight improvement on the day before, when the country recorded 475 deaths from COVID-19, while the world has stepped up efforts against the coronavirus pandemic by closing schools, shutting down cities and imposing strict border controls.

More than 240,000 people have now been confirmed with the coronavirus globally, of which at least 85,000 have recovered from COVID-19, while more than 9,800 have died, according to data from Johns Hopkins University in the US.

North Korea says it released thousands of people from quarantine, including all but three foreigners, while maintaining a tough campaign to stem the spread of the coronavirus in the country, according to the Associated Press.

North Korea has not publicly confirmed a single case of the coronavirus, but state media has described anti-virus efforts as a matter of “national existence.”

Pyongyang’s official Korean Central News Agency on Friday said more than 4,000 people were released in the provinces of North and South Pyongan and Kangwon after health officials confirmed they no longer had symptoms.

When combining the numbers from previous state media reports, it’s presumed that the North has so far released around 8,000 people from quarantine.

The US state of California has issued a statewide ‘stay at home” order for its 40 million residents and Washington warned Americans to return home or stay abroad indefinitely, with the number of coronavirus deaths in the country hitting 200.

Governor Gavin Newsom said modeling has shown that 56 percent of California residents were expected to contract COVID-19 over the next eight weeks, requiring nearly 20,000 more hospital beds than the state could currently provide

He said Los Angeles, as the nation’s second-largest city, would likely be “disproportionately impacted” by the pandemic in the coming weeks.

As of Thursday night, there were more 13,000 coronavirus cases reported in the US. 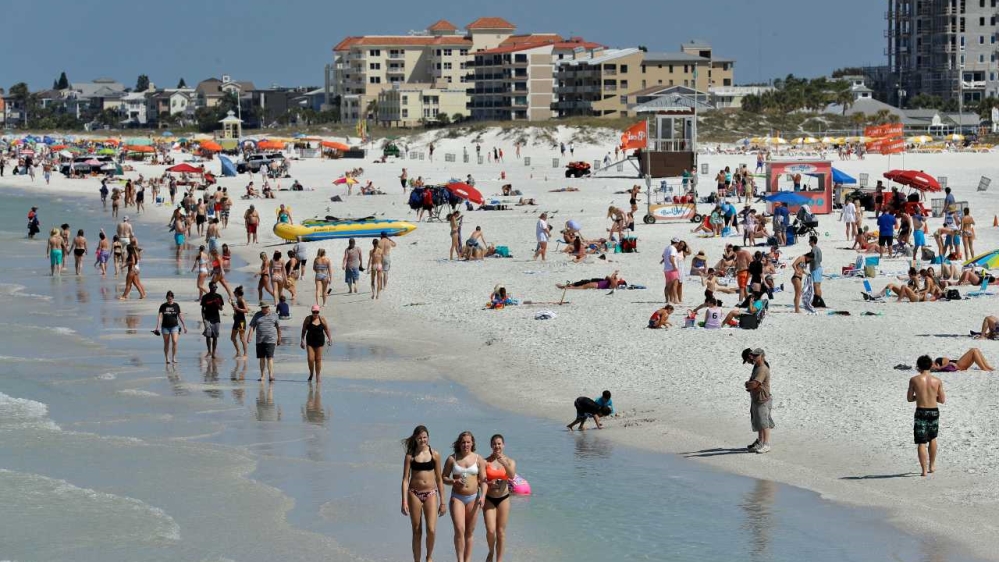 Despite the increasing number of coronavirus cases in the US, thousands of young people congregated in the southern state of Florida for the annual spring break [Chris O’Meara/AP]

02:30 GMT – Mexico, US talks about travel restrictions at the border

Mexico’s Foreign Relations Minister says he has held talks with US Secretary of State Mike Pompeo about travel restrictions at the border “that won’t paralyze economic activity, and leave the border open to commerce and workers”, amid the coronavirus pandemic.

Marcelo Ebrard said he would give more details of the discussion later on Friday.

Pompeo wrote on social media that he and Ebrard “have been working closely on travel restrictions that balance protecting our citizens from further transmission of #COVID19. Together, we can reduce public health risks and prioritize essential cross-border commerce and trade.” 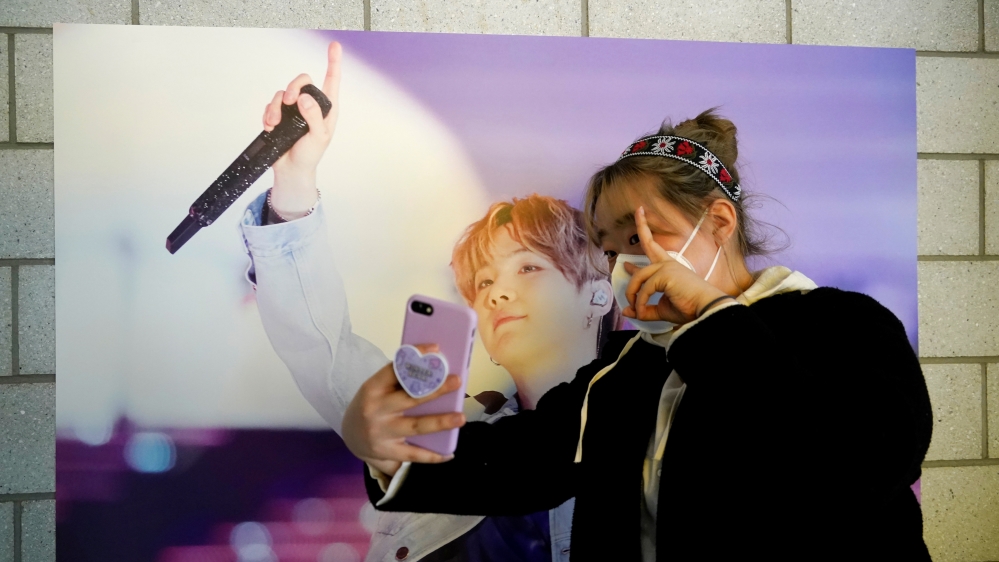 There is a growing concern about a steady rise in coronavirus cases in the Seoul metropolitan areas, where about half of South Korea’s 51 million people live [Kim Hong-Ji/Reuters]

South Korea has reported 87 new cases of the novel coronavirus and three more deaths, bringing its totals to 8,652 cases and 94 deaths.

The Associated Press news agency quoted South Korea’s Centers for Disease Control and Prevention on Friday as saying that 316,600 people have so far been tested for the virus and 2,230 have been released from hospitals.

While infections have slowed in the worst-hit city of Daegu, there is also growing concern about a steady rise in cases in the Seoul metropolitan areas, where about half of South Korea’s 51 million people live.

Mainland China had 39 new confirmed cases on Thursday, the country’s National Health Commission said on Friday, all of which were imported cases. There were no locally transmitted cases for the second day.

Of the new imported infections, 14 were in Guangdong, eight in Shanghai and six in Beijing, the health authority said in a statement on Friday.

As of Thursday, there were 228 imported infections in China. 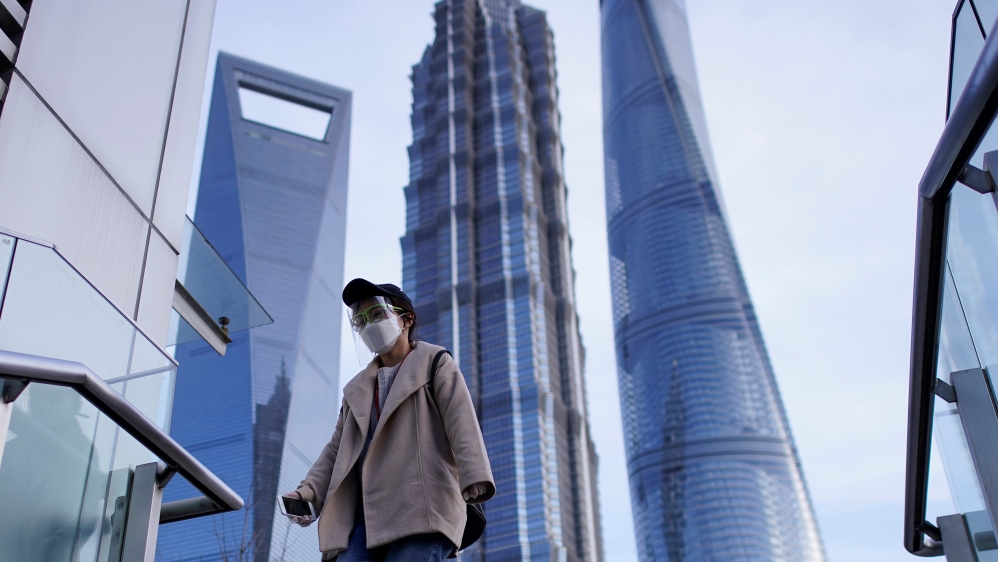 The Philippines is indefinitely banning the entry of foreigners after the government declared a state of calamity and public health emergency amid the coronavirus outbreak.

The Department of Foreign Affairs said in a statement that it is temporarily suspending visa issuances in all its foreign posts effective immediately.

The drastic move exempts foreign government and international organization officials and their dependents as well as foreign spouses and children of Filipino citizens, the department said. 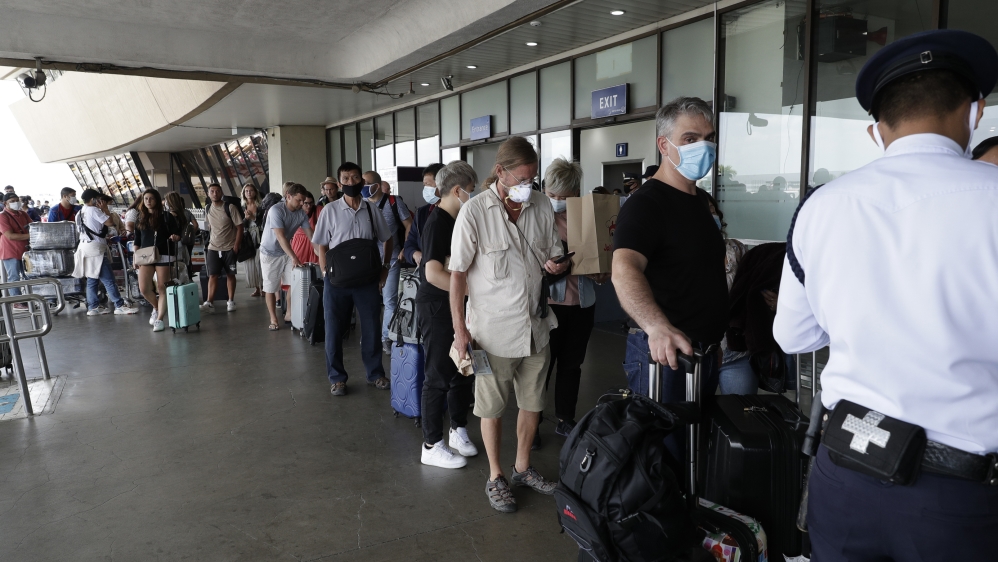 Australian banks on Friday said they would defer loan repayments for six months for small businesses impacted by the coronavirus in a A$100bn ($57.34 billion) relief package, Reuters news agency reported.

Depending on customer take up, this could help put as much as A$8bn ($4.6bn) back into the coffers of small businesses, Australia Banking Association chief Anna Bligh said.

“These are extraordinary times,” she told reporters, adding Australia’s banking system was among the strongest and the most stable in the world.

There were more than 700 confirmed coronavirus cases in Australia as of Thursday. 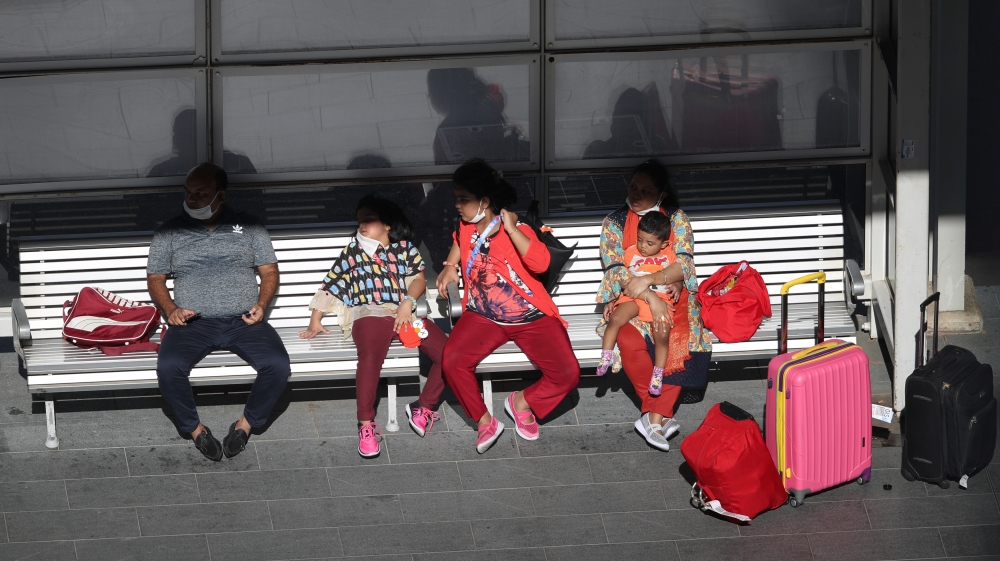 00:01 GMT Friday – Fears for tourism in Bali amid coronavirus pandemic

Indonesia will suspend its visa-on-arrival policy for a month from Friday to curb the spread of the deadly COVID-19 virus in the archipelago, effectively shutting the country’s tourism.

For the resort island of Bali, where more than three-quarters of the economy is linked to tourism, the de-facto border closure could prove catastrophic for the population of 4.2 million people.

A federal judge in the US has declined to order the release of immigration detainees who may be especially vulnerable to the new coronavirus because they are old or have underlying health conditions, according to the Associated Press news agency.

The American Civil Liberties Union of Washington and the Northwest Immigrant Rights Project sought the release of nine detainees at US Immigration and Customs Enforcement’s Northwest detention center in Tacoma in the state of Washington.

US District Judge James L Robart said he was aware of the gravity and rapidly evolving nature of the COVID-19 crisis, but that there is no evidence of an outbreak at the privately run jail or that the agency’s precautions are inadequate.

Supply of a malaria treatment that has been tried with some  success against the new coronavirus is in short supply as demand surges amid the fast-spreading outbreak, according to independent pharmacies and the American Society of Health-System Pharmacists (ASHP).

The ASHP, which maintains a list of drugs in shortage independent of the U.S. Food and Drug Administration’s list, plans to add the generic malaria drug hydroxychloroquine to its list of shortages later on Thursday, according to Erin Fox, senior director of drug information at University of Utah Health, who maintains the shortages list for the ASHP.

The FDA could not be immediately reached for comment, but hydroxychloroquine is not currently on its list of drugs in shortage.

President Donald Trump on Thursday called on US health regulators to expedite potential therapies aimed at treating COVID-19 for which there is no approved treatments or vaccines.

19:55 GMT Thursday – US sick leave aid leaves millions of workers in the cold

It’s usually standing room only at O’Duffy’s Pub on St Patrick’s Day, as patrons clad in green pack into the bar to share a drink or two and plenty of food. But this year, owner Jamie Kavanaugh and one of his bartenders sat alone on the holiday that commemorates Ireland’s patron saint. Like restaurants across the country, Kavanaugh’s Kalamazoo, Michigan, bar is now only allowed to serve takeout food as part of social distancing ordinances meant to curb the coronavirus pandemic.

“People are usually celebrating, smiling, toasting one another, sharing hugs and smiles. Instead, the pub is empty,” Kavanaugh told Al Jazeera. “People that came in for takeout didn’t even want to come in the door, and they’re afraid to use the pen to sign.”

For all the updates from yesterday (March 19), please click here.